Situated on half an acre of carefully maintained grounds in a semi-rural setting in the Parish of Broomfield & Kingswood, on the junction of Gravelly Bottom Road & Chartway Street at the edge of Kingswood Village ME17 3PX

The first village hall in the Parish was situated at Rowan Farm, Gravelly Bottom Road in 1937 for the local population of approximately 150.  It did not have the facilities that would be required now, but it certainly served its purpose and bearing in mind in those days most people walked or cycled to the hall no matter what the weather. 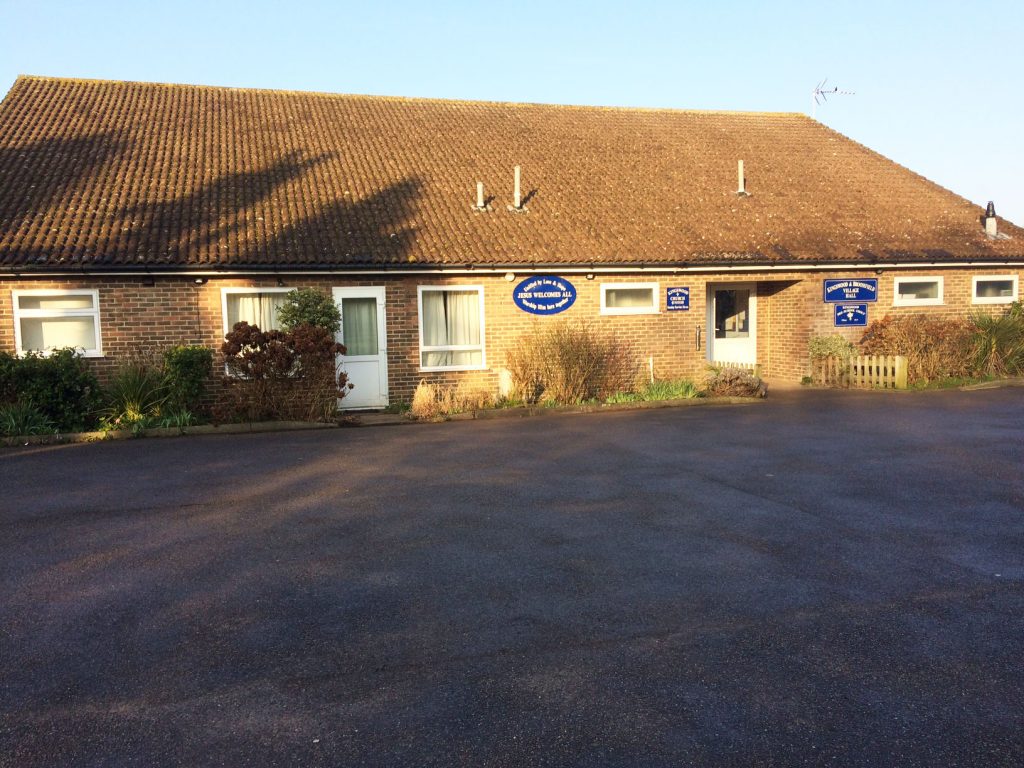 In the early 1970’s residents got together to see if they could raise the money to build a new hall.  The land on the corner of Gravelly Bottom Road/Chartway Street was acquired from the Edmed family to build the new hall, which would be used for the community.  Fund raising and special events took place and several families even put their homes up for collateral towards the project.

The new Village Hall was opened in April 1980 by Mrs Margaret Parker.  The day to day running of the Hall is overseen by the Trustees of the Management Committee.  The car park and all the green space outside belong to the Hall.  It is also wheelchair friendly.  The interior and facilities of the hall are continually being upgraded for the twenty first century.  Over the years there have been generous donations from the Parish Council, Maidstone Borough Council, Lottery Grant as well as individuals.